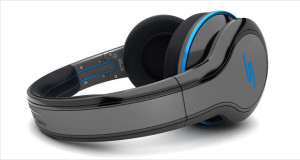 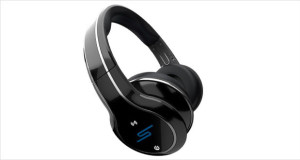 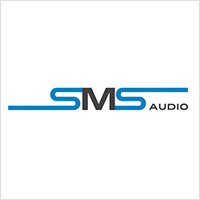 “Get rich or die tryin’” is the motto of self-styled bad-boy rapper Curtis James Jackson III, popularly known as 50 Cent. As a former drug dealer and now multi bling-lionnaire rapper that has half of the rapping circuit fawning over him, the man sure knows how to keep the money flowing. But too much is not enough, and his line of fashion headphones that are overpriced, but do not look all that bad, is his way of keeping that mantra of money flowing (and of course, keeping funds flowing too).

SMS Audio (Studio Mastered Sound) is his endorsed brand of wired and wireless headphones that are full of thumping beats to ensure that people get to listen to his beats more than his voice. The rapper follows the line of Dr. Dre, a fellow producer with his Beats by Dre series of over the ear headphones. Both of them are quite similar in their approaches to the market and both have captured a considerable bit of the rap loving young market.

While the majority of the collection in SMS is over ear headphones featuring THUMPP Enhanced Bass system, there are a few in ear monitors in the STREET line up as well. As such the STREET line has over ear, on ear, in ear, DJ monitoring and studio monitoring headphones. The SYNC line of wireless headphones is mostly made of just one over ear model that allows multiple people to listen from the same audio source if they use the same headphones.

50 Cent was bitten by the rapper-entrepreneur bug late, in August 2011. He went looking around for a company to buy and start producing his endorsed lineup of headphones. KonoAudio was the one that he eventually bought for an undisclosed sum and the Founder-CEO of KonoAudio, Brian Nohe became the President of SMS Audio and together the two of them started upgrading the KonoAudio arsenal and designing luxury headphones that would soon be a hit in the market.

Various marketing techniques were applied by the rapper – going so far as showing his headphones in a QVC commercial to rake in sales while also going the Corporate Social Responsibility way by announcing the Feed America initiative in which he promised to feed 250 hungry Americans meals for every headphone sold. This either shows that he is really big hearted or that the headphones are overpriced and he can afford to feed 250 hungry Americans per headphone sold.

The SYNC wireless headphones from SMS are one of the coolest wireless headphones available, without a doubt. These headphones are powered by wireless Kleer technology – a 2.4GHz 16 bit platform that allows multiple audio synchronization options. Up to 4 SYNC headphones can synchronize with the same audio source. Coupled with their clear audio rendition and great looks and build quality, these headphones are poised to take over the wireless celebrity endorsed headphone space. However, they are like any other celebrity product, ridiculously overpriced and this maybe the Achilles ’ heel of this product.