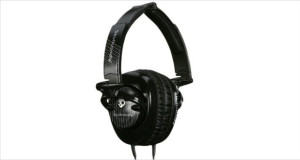 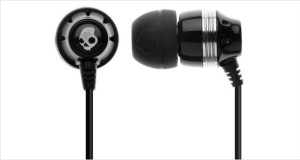 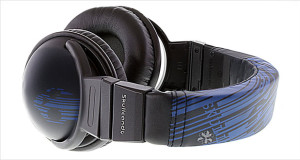 View All Skullcandy Headphones at Amazon 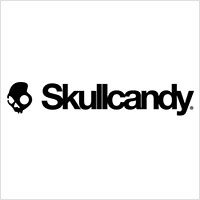 Skullcandy is one of those products whose very name brings up a derisive “oh no not this again” reaction from the audiophile public. That is mostly with good reason – Skullcandy is everywhere and has a kitsch design aesthetic that is not very well loved by the audiophile republic that prefers muted looks and amazing audio clarity. With Skullcandy it is usually a hit or miss, with some headphones being quite charmingly nice, but most others with their garish colours and tinny sounds off-putting many who wanted to try them in the first place.

Skullcandy makes an assortment of headphones both over ear and circumaural as well as in ear and earbud style earphones. They primarily sell to the edgy customer or outdoor sports lovers in the North American region. Their headphones are cheap, but still feel overpriced compared to the audio quality that is streamed from them. However as innovative companies go, these are at the forefront of the Utah startup scene, with several laurels of innovation and management being proferred to the company.

The general outline of a Skullcandy headphone is that it is usually not the best mix of comfort, features and audio quality, but dig deeper into their enormous line up and you may fine one or two headphones that are considerably better than their peers.

Rick Alden founded Skullcandy in 2003 after an incident in a chairlift in Park City, Utah. He had received a phone call while on the aforementioned chairlift and had to turn off his headphones, then take them off and then use his phone to chat. This was quite cumbersome and let to the design and manufacture of the Skullcandy Portable Link headphones – one of the first headphones in the world to integrate a cellphone mic into the headphone design. The crux of the matter was that the Link responded to two separate devices’ instructions and as such was quite innovative.

Following the launch of the Portable Link at CES, Las Vegas, the company started working on other innovative products, such as the Skullcandy Skullcrusher. The Skullcrusher contains its own battery powered sub-woofer alongside the normal drivers of the headphones. Thus when you power it up and amplify the sound, the sound pressure is high enough for you to feel the rumbling bass and the thumping beats as if there was someone crushing your skull. Full marks for the name, sure!

In its entire line up of headphones, Skullcandy always maintains its edgy looks and colours as well as somewhat cheap build quality. However, the Skullcandy Hesh Over Ear headphones with in-line controls and mic is one of the few exceptions to this rule. Granted it is also made of the same materials, but the performance it shows for the price of under $50 is quite good. Additionally, if the headphones do break or are damaged, the company offers to replace it at no cost. The highs and mids are clear while the bass is a little biased towards the higher side. Overall, these are pretty decent cans if you are looking for a meaningful present!

View All Skullcandy Headphones at Amazon