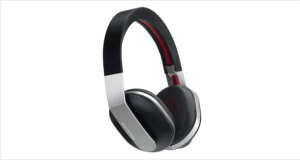 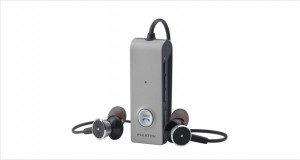 View All Phiaton Headphones at Amazon 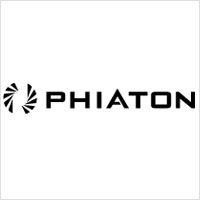 Setup in 2008 by Cresyn Korea as an initiative to launch its own high end headphone line, Phiaton is the new baby in the business. The bloodline dates as far back as 50 years, though, with the mother company having as many as fifteen branches and thousands of people working dedicatedly to bring to the market an assortment of professional level headphones and earphones.

Phiaton, with its high performance audio devices that delivered immaculate sound reproduction, hassle free and lightweight designs, state of the art technology and sleek modelling, caught the attention of the US populous as soon as it arrived. Soon enough, though, Phiaton had caught the attention of the global market; it bagged numerous awards within a year of its establishment, in 2009, at the 2nd Annual International Designs Award. The global stage recognized the innovative genius that was Phiaton, and serenaded it with awards in a varied range of categories, right from International Designer of the Year to Achievements in support categories within architecture, interiors, products, graphics, and fashion. Then on, it was one endless journey of producing exquisite audio devices for personal and professional use for its customers.

Established in 2008 as an extension of Cresan Korea, Phiaton emerged rapidly as a contender in the global market for personal audio devices. In 2009, within a year of its foundation, Phiaton earned top spot in the “TV, Video and Audio Equipment” Category with its Stunning MS 400 Headphones in the 2nd Annual International Designs Award. In the very next year, Phiaton once again established itself in the global platform by bagging the “Good Design Award” from Japan’s Industrial Design Promotion Organization, this time for the PS 320 Primal Series Headphones. The very same year saw another feather to the Phiaton Cap in the form of the prestigious Red Dot Award for its PS 210 Sound Isolating Earphones. PS 20 BTs Win Top Spot for “Best Wireless Headphone of the Year” (2011) and the Editor’s Choice Award for PS 210 BTNC is the best-sounding wireless earphone (2012) kept the drums rolling for what was by now, evidently, a force to be reckoned with. In the last couple of years, Phiaton has kept up its standard of excellence, as proclaimed from the Design and Engineering Award by International CES Innovations for PS 210 BTNC earphones combine active-noise-cancellation and Bluetooth 3.0, (2013) and the iF Design Award for the Bridge MS 500 headphones (2014)

Phiaton PS 210 BTNC Bluetooth 3.0 Active Noise Cancelling Stereo Earphones with Mic is a lightweight, mid-range noise cancelling earphone that cut off 95% of ambient sound to reproduce clean and crisp sound. The neat EverPlay-X technology allows for passive noise cancellation when the battery is dead, or when the Bluetooth is off. To complete the cake, the PS 210 comes with Phiaton’s very own creation: the Half In-Ear design. This combines the phenomenal bass response of In-Ear design with the crisp trebles that come with the Open–Ear design headphones. Easy to use control settings and a sleek design adds the cherry on top!

View All Phiaton Headphones at Amazon